Geeze, I need to work on my Photoshop composition skills :\

After the first day's dinner, we had a day all to ourselves. Unfortunately, a combination of happenings led to it not being all that productive. We were up by 8:25, eating croissants and juice at a little shop a few doors down and out of the place around 11pm to do some sight seeing. Unfortunately, we were back in the apartment by 2:00 and promises and miscommunications on the possible arrival of our luggage led us to spending the rest of the day waiting around the apartment for it.

It's just as well, I was massively dehydrated and didn't come to realize this until around 3:30. I drank about 5 full glasses of water and laid down with my migraine. I spent much of the two hours after that sleeping intermittently and grabbing another glass of water when my stomach stopped feeling full. Finally at 5 pm I had to use the restroom for only the second time of the day though this was a much more healthy semi-clear than the first (I swear this will be the last discussion of such things for this vacation blog XP). I continued to drink 2-3 glasses at a time, when possible through the first half of the next day when the effects of dehydration had been fully quashed.

Worst of all, I had failed to remember that my camera battery needs charging (as it drains on its own over time and was dead in the morning) and so only had a partial charge by the time we set out. It would be the last time I made that mistake on this vacation, but for the day I only managed a paltry 87 photos! D:

So, I mixed in a few other day's photos that were of the same subjects. 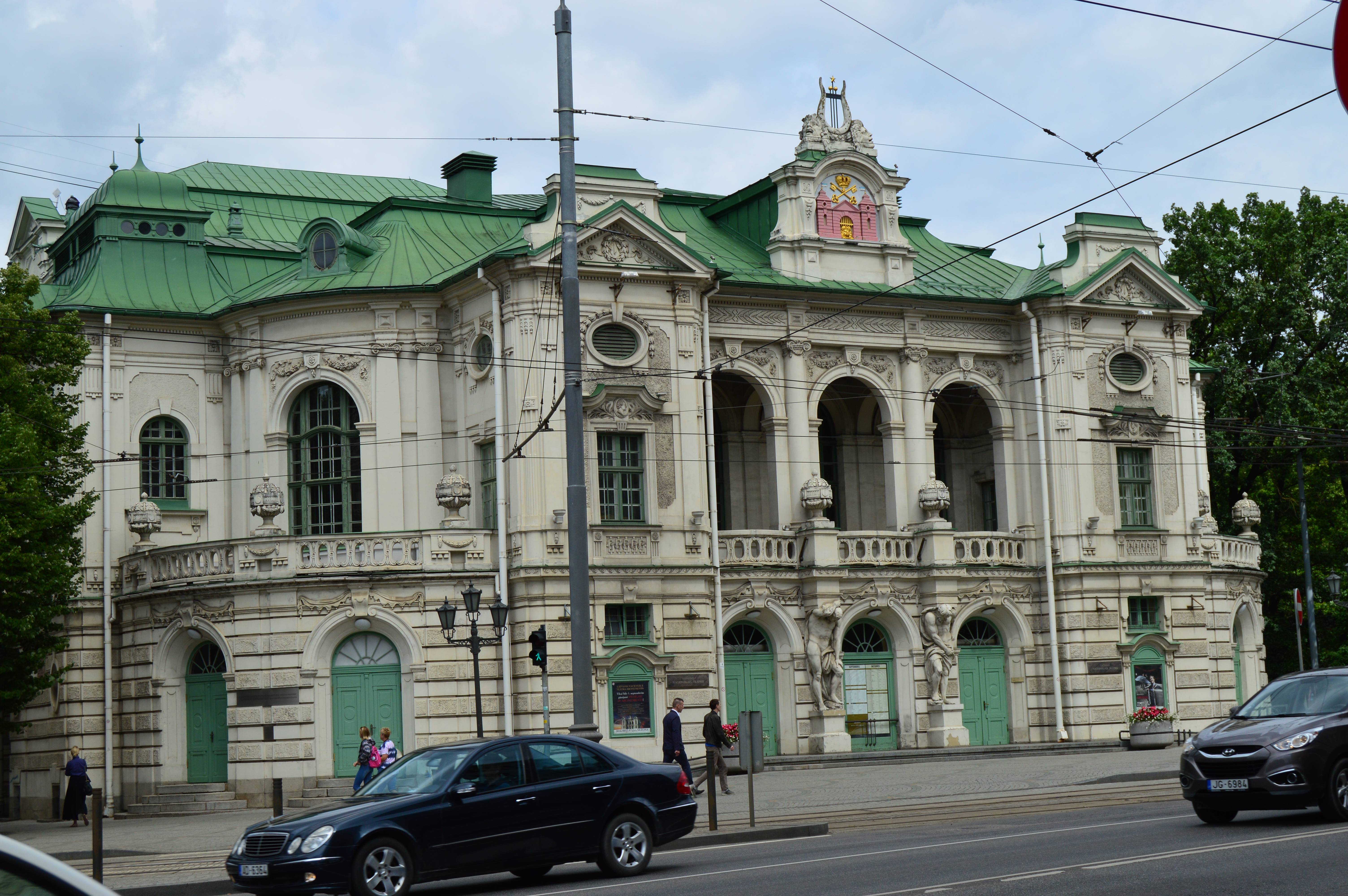 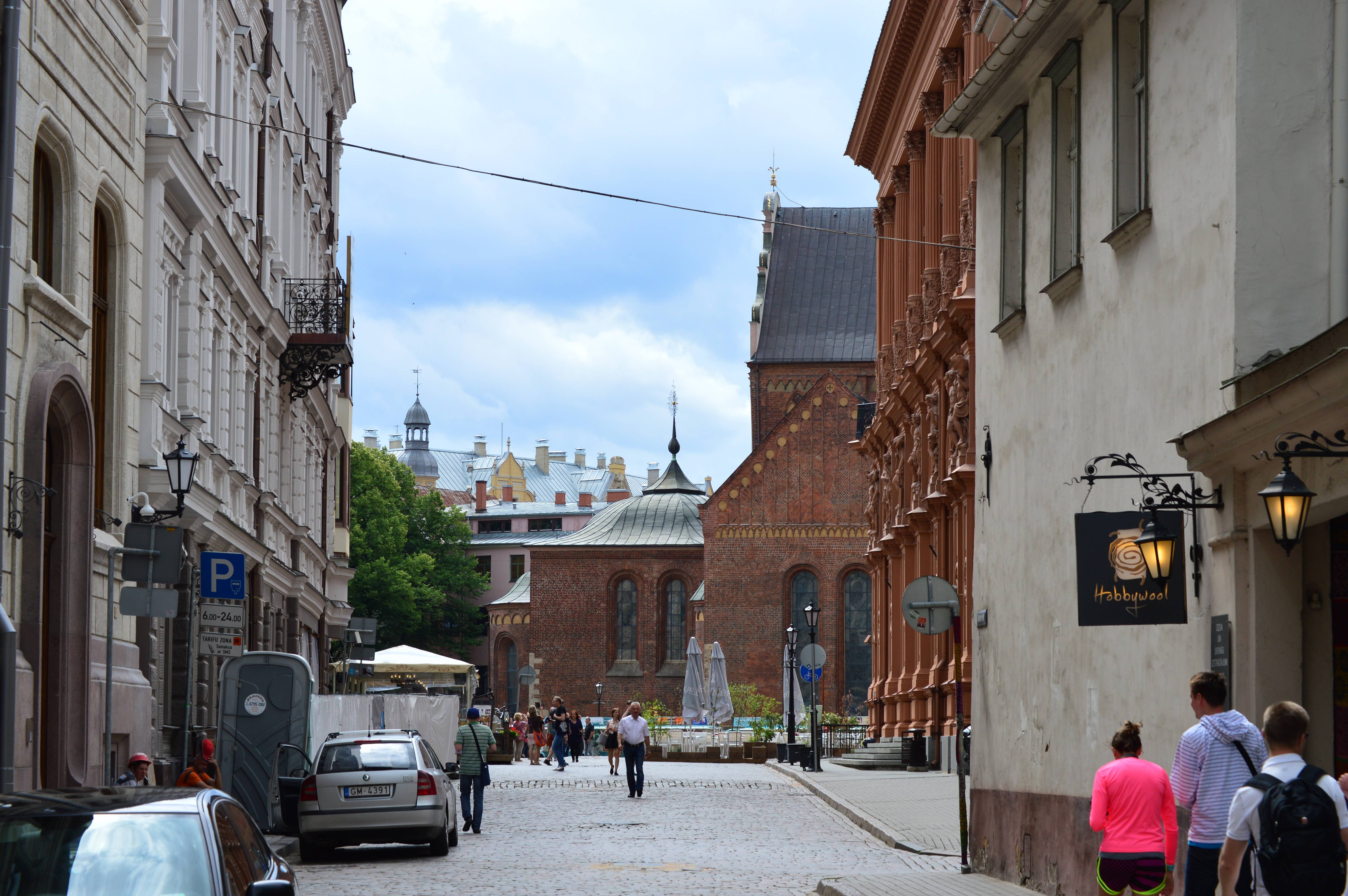 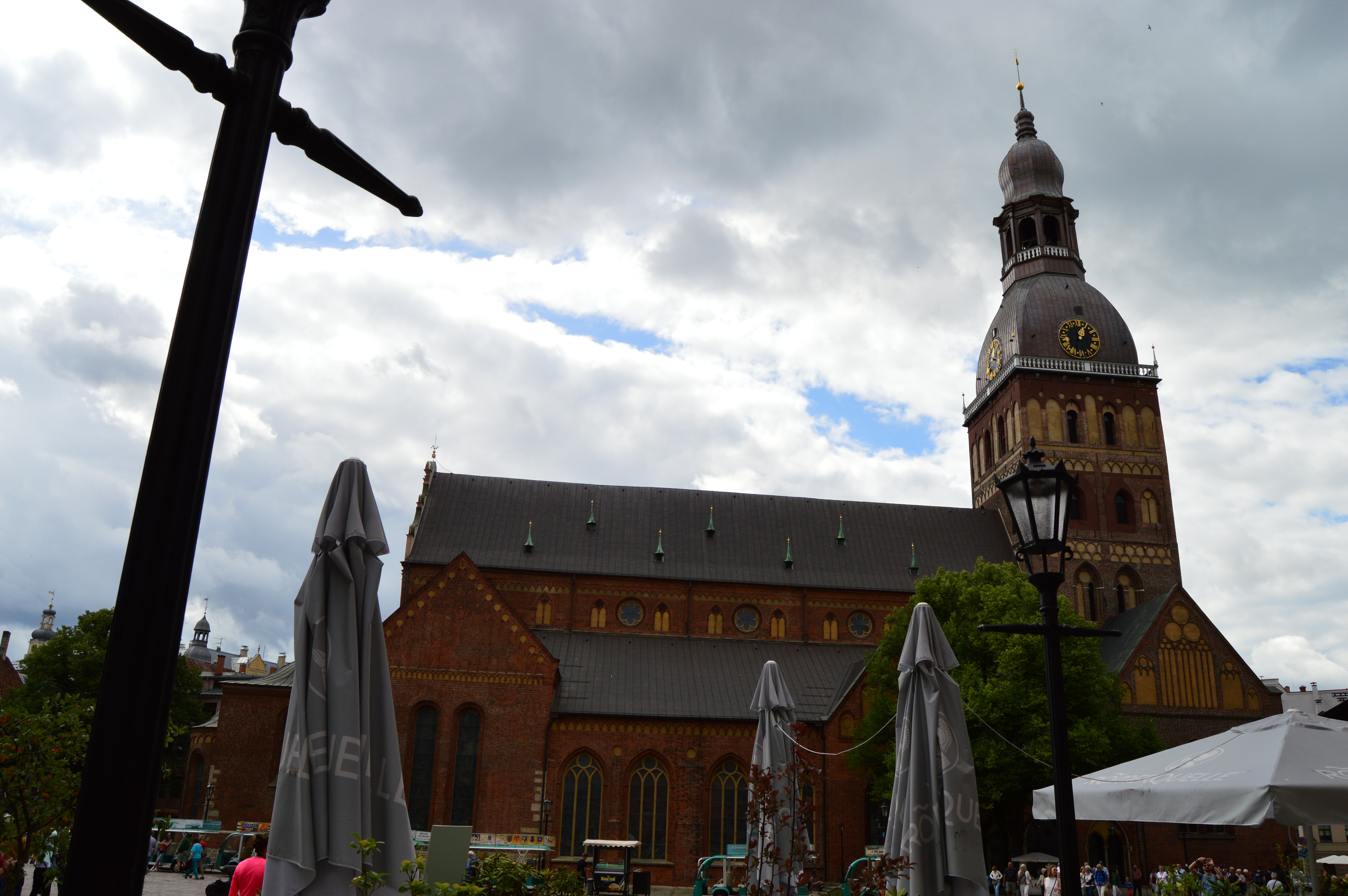 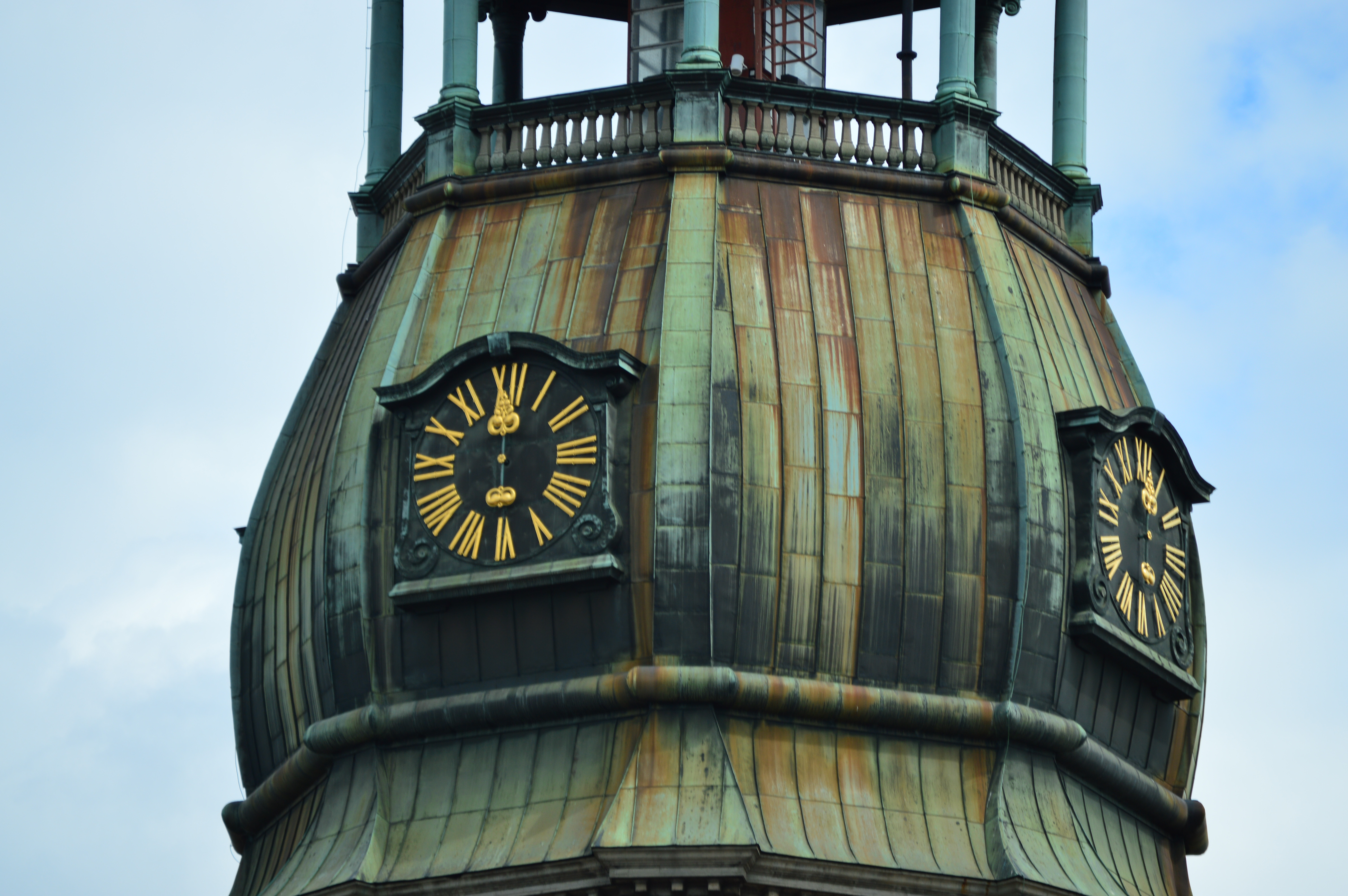 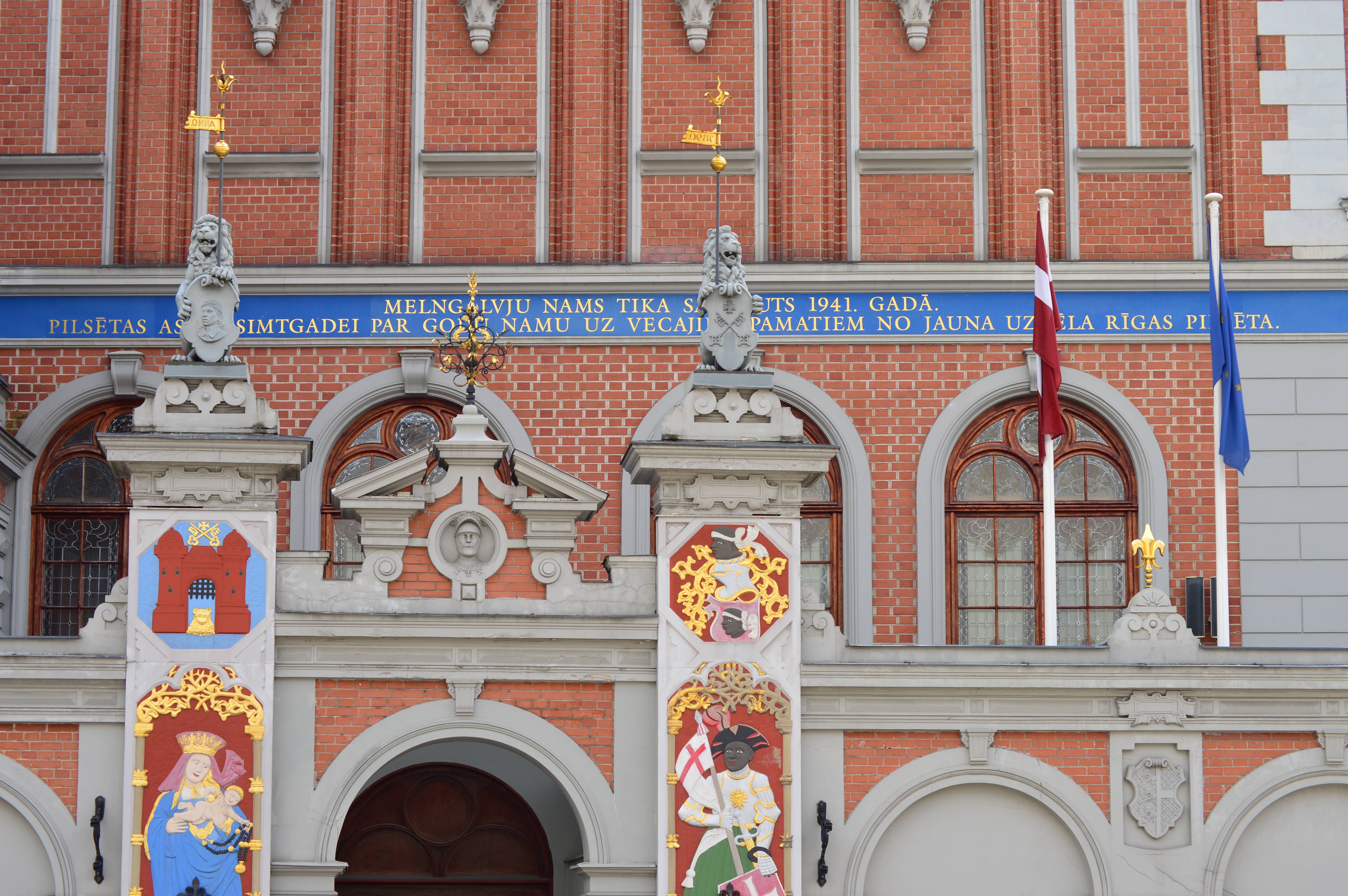 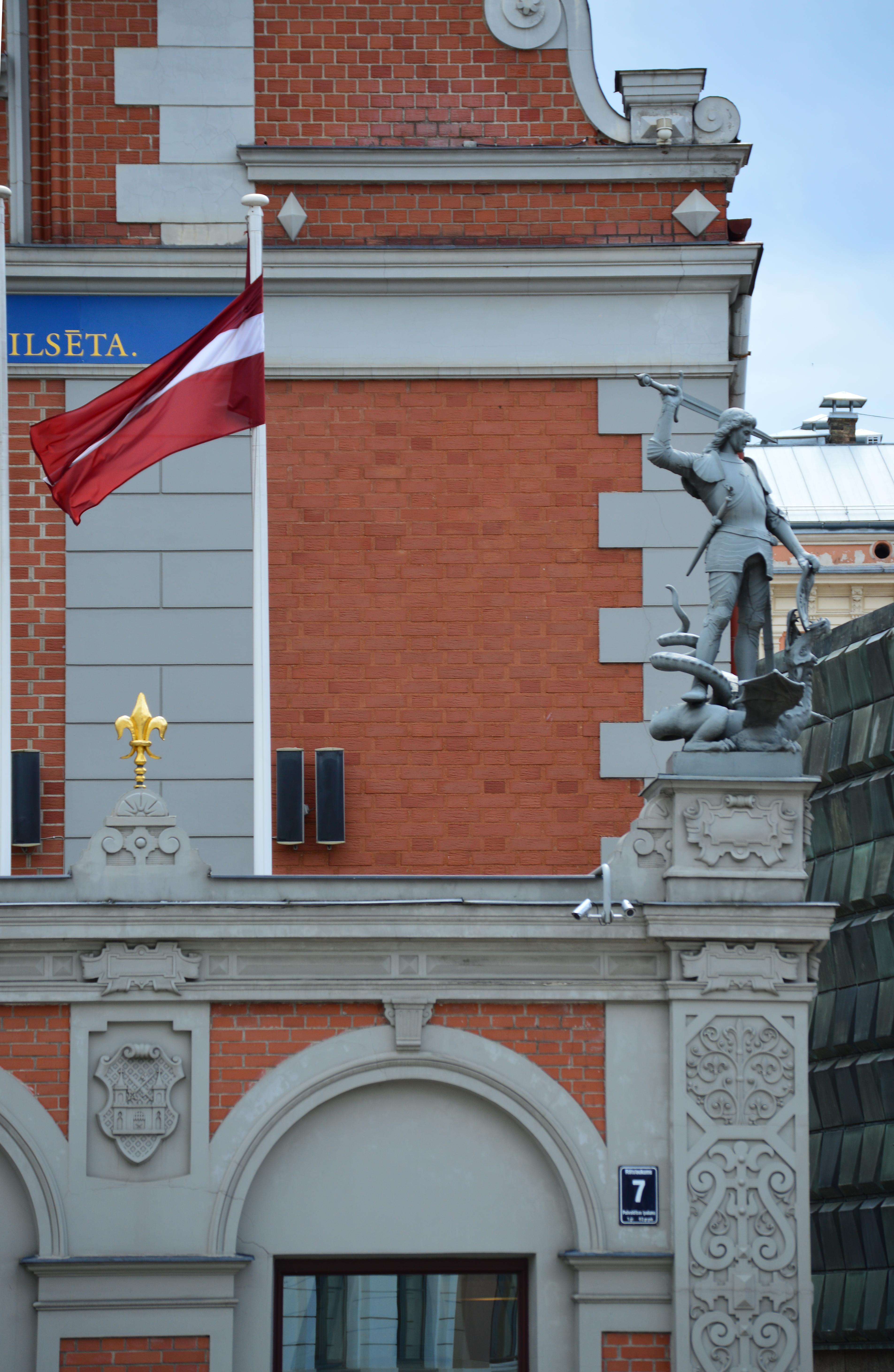 Riga, and especially Old Town is an absolutely fantastic mix of old and new: 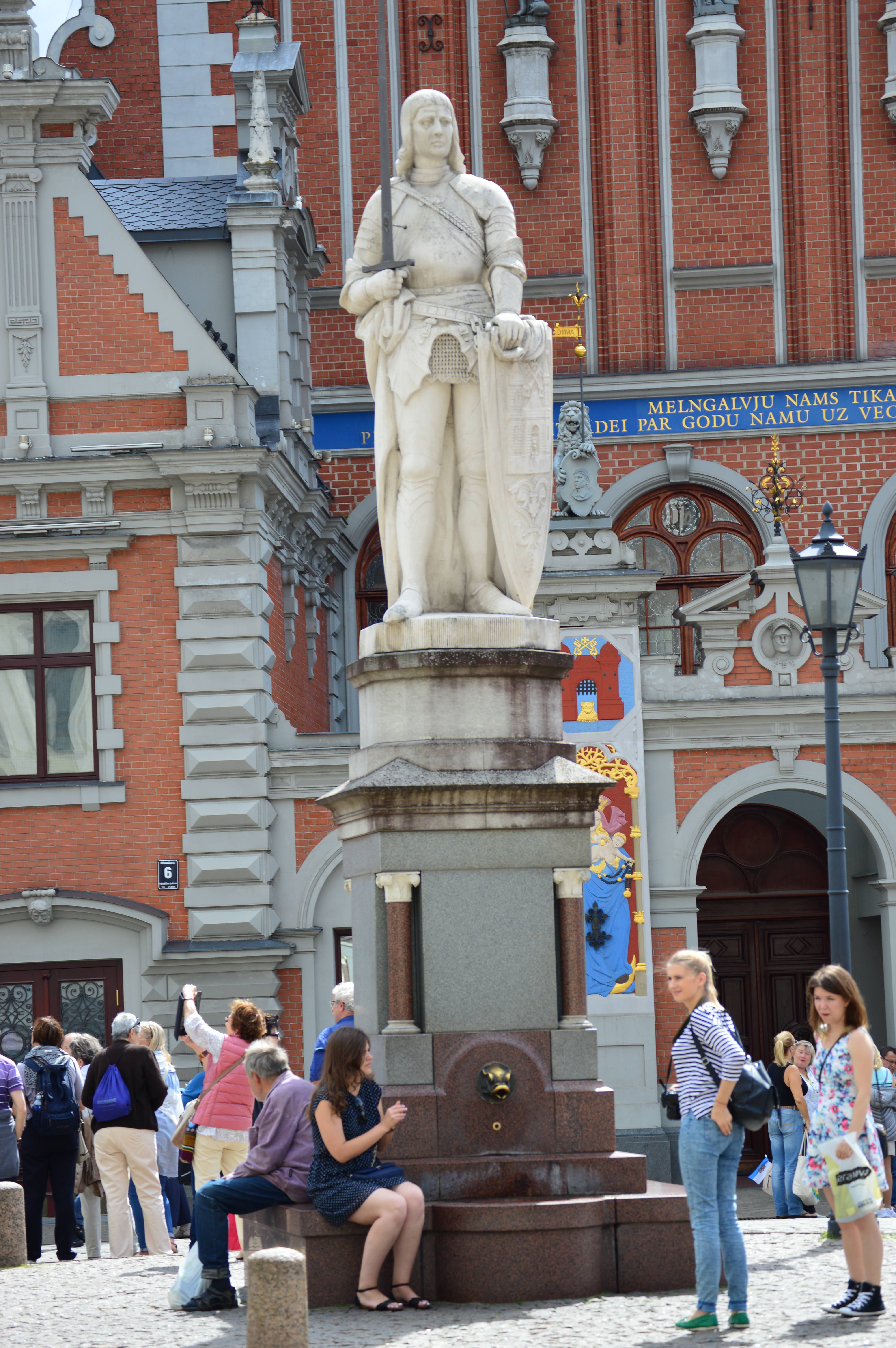 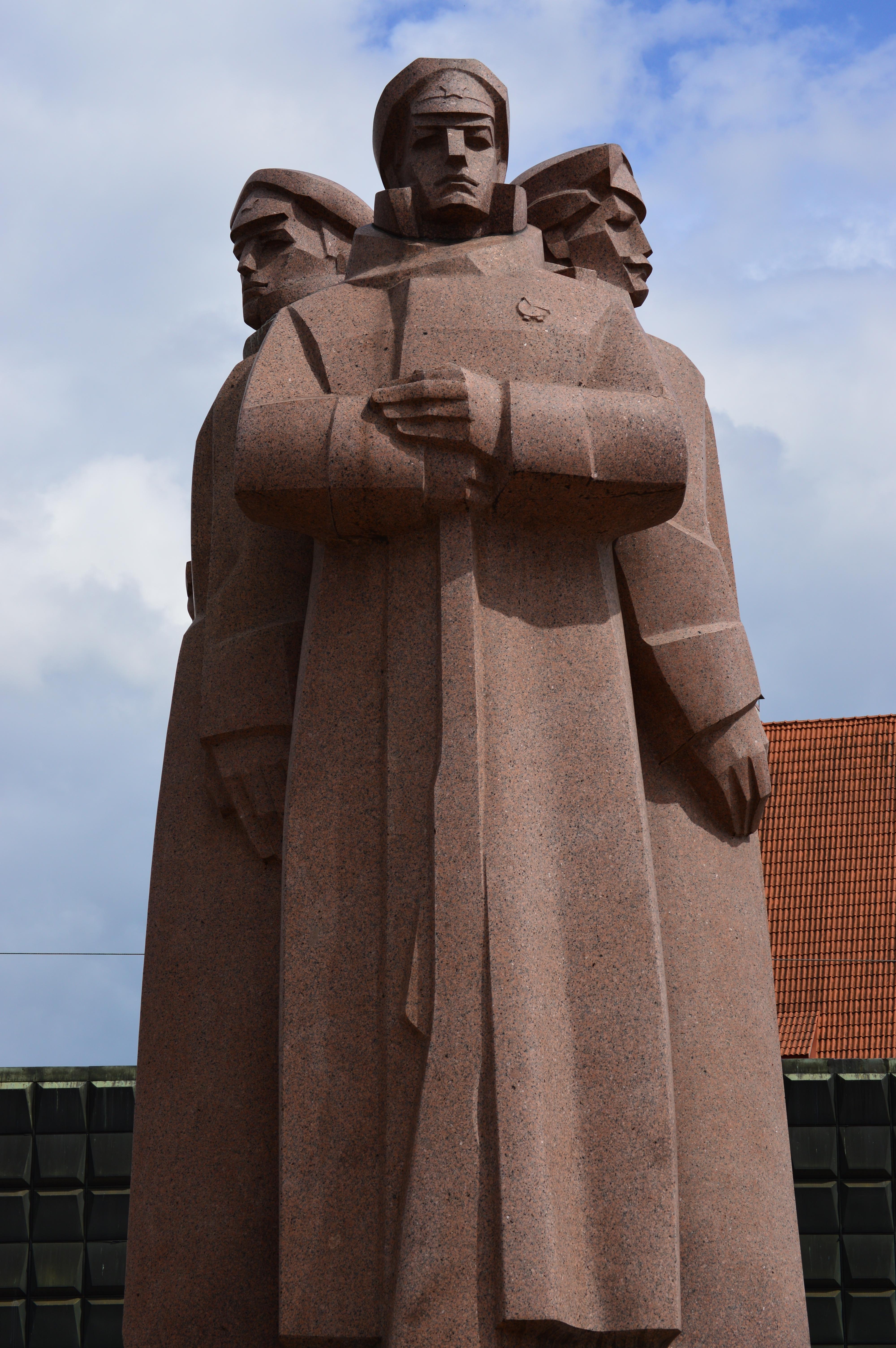 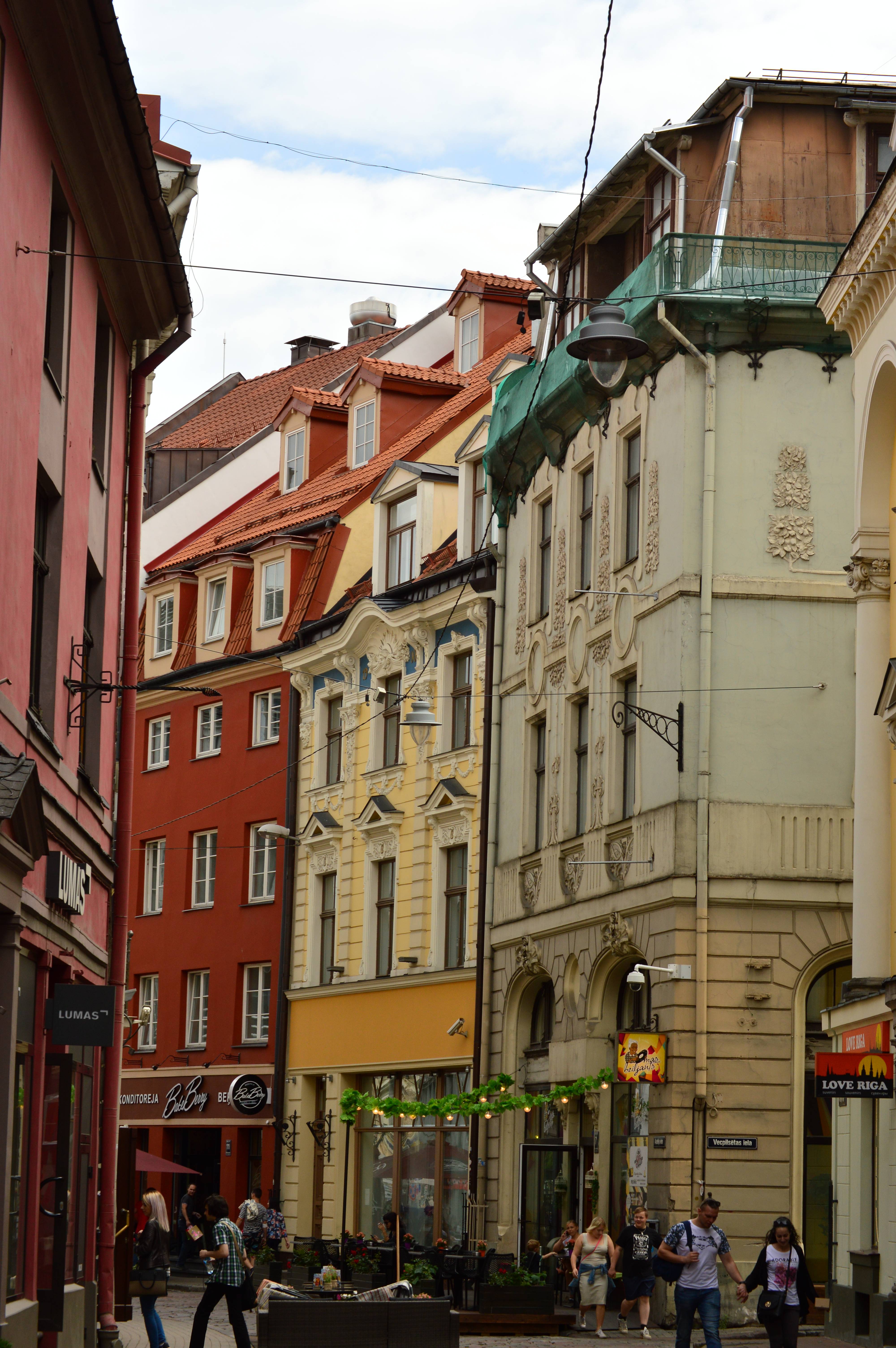 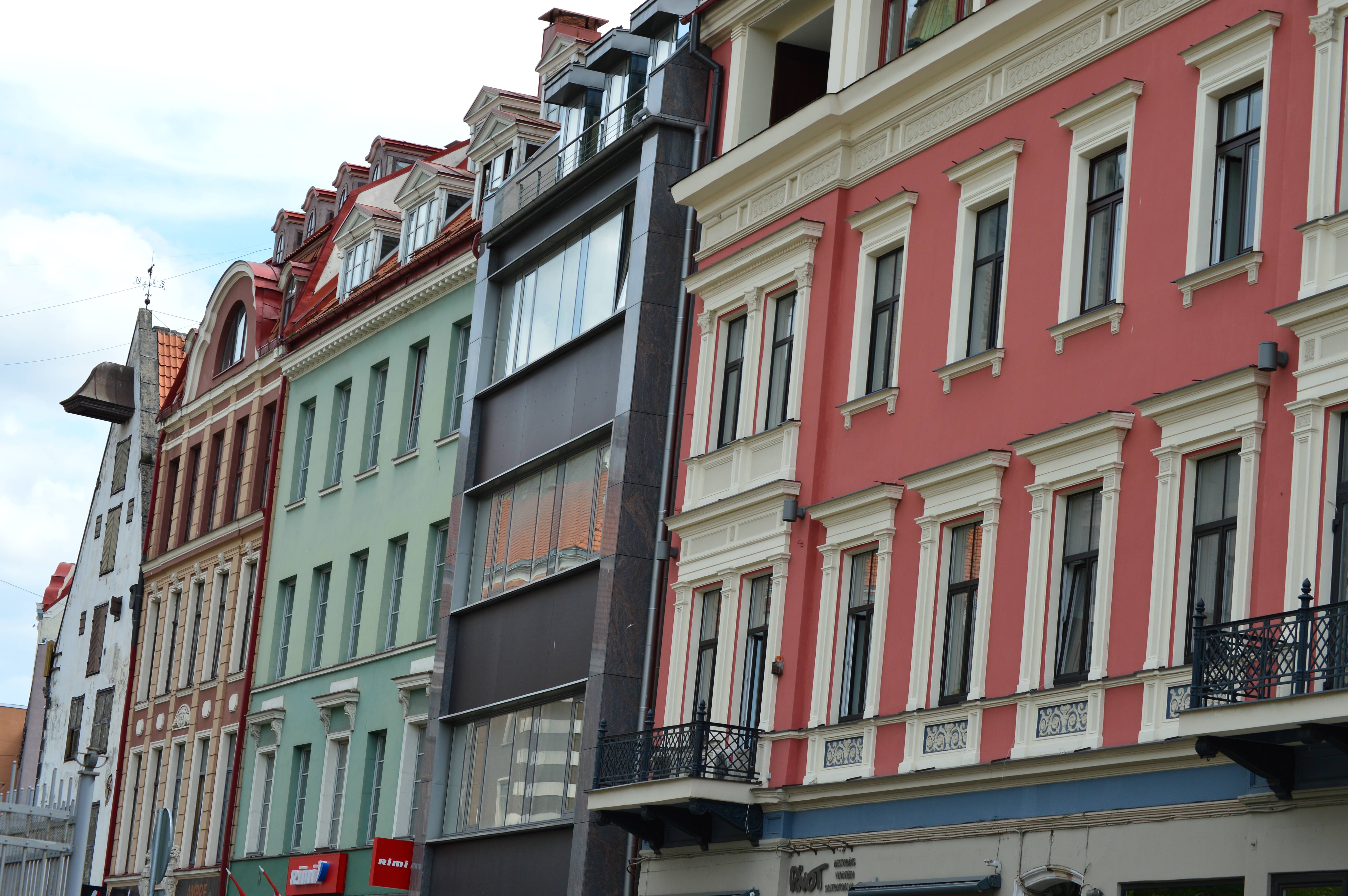 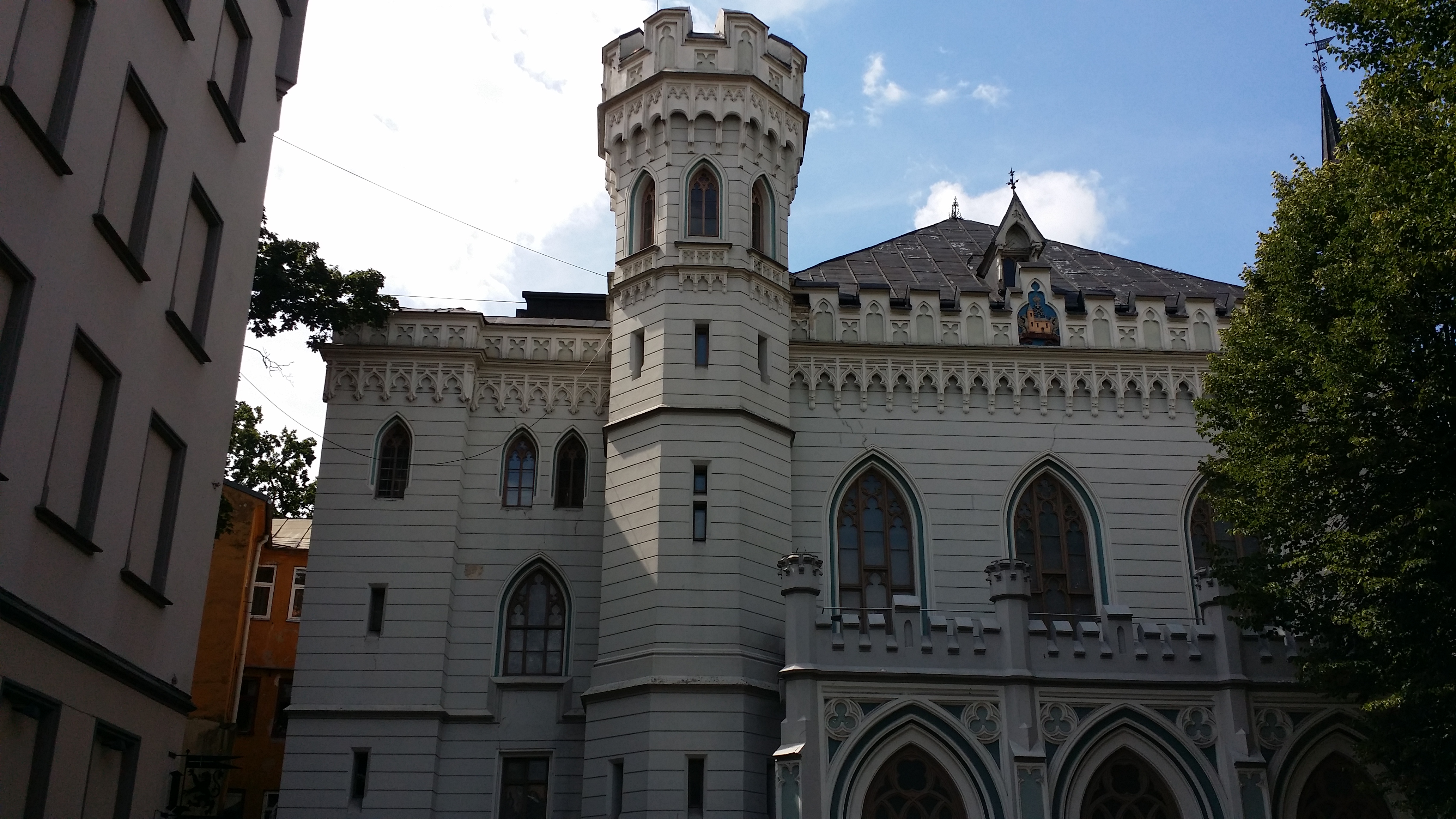 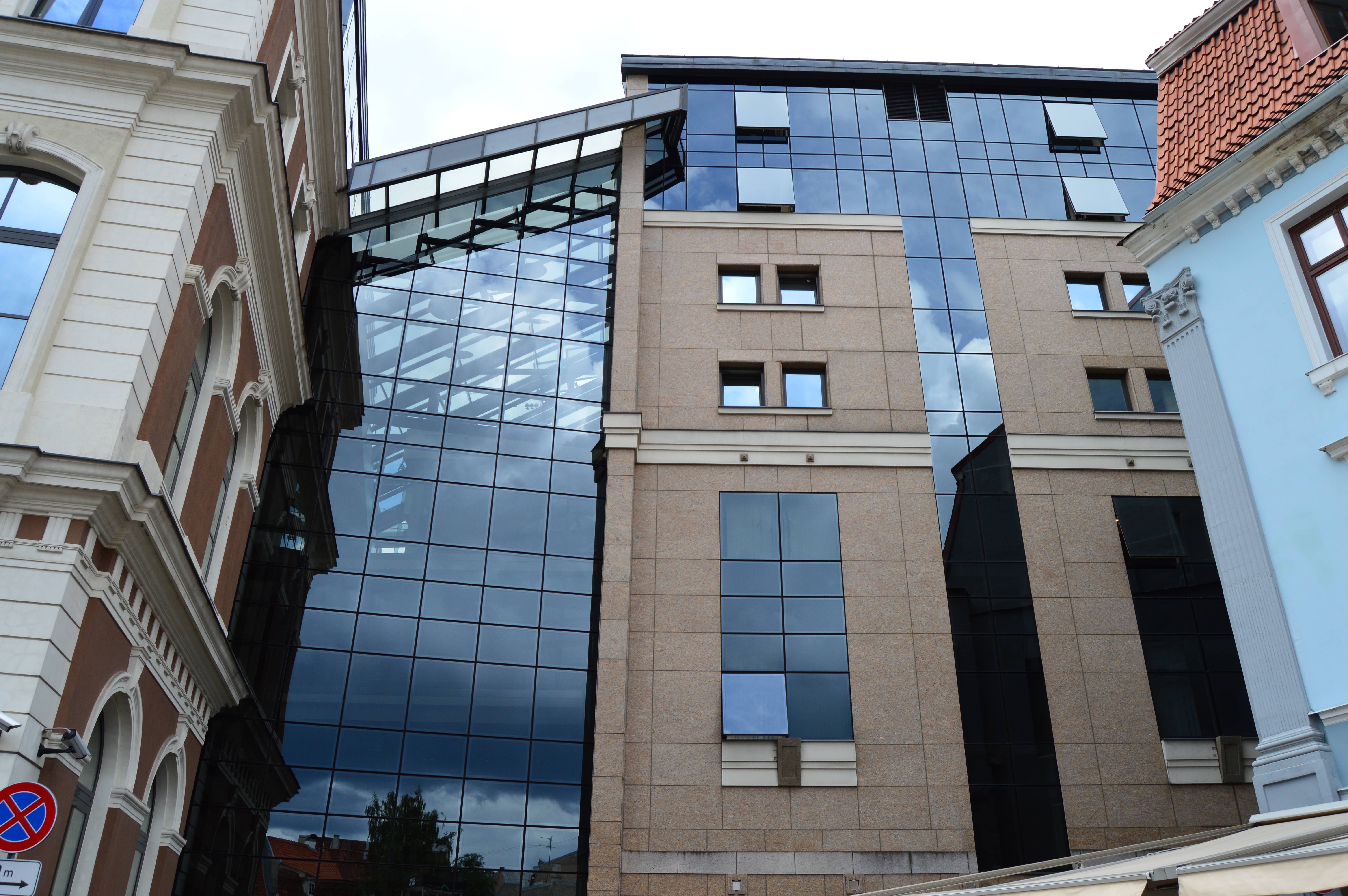 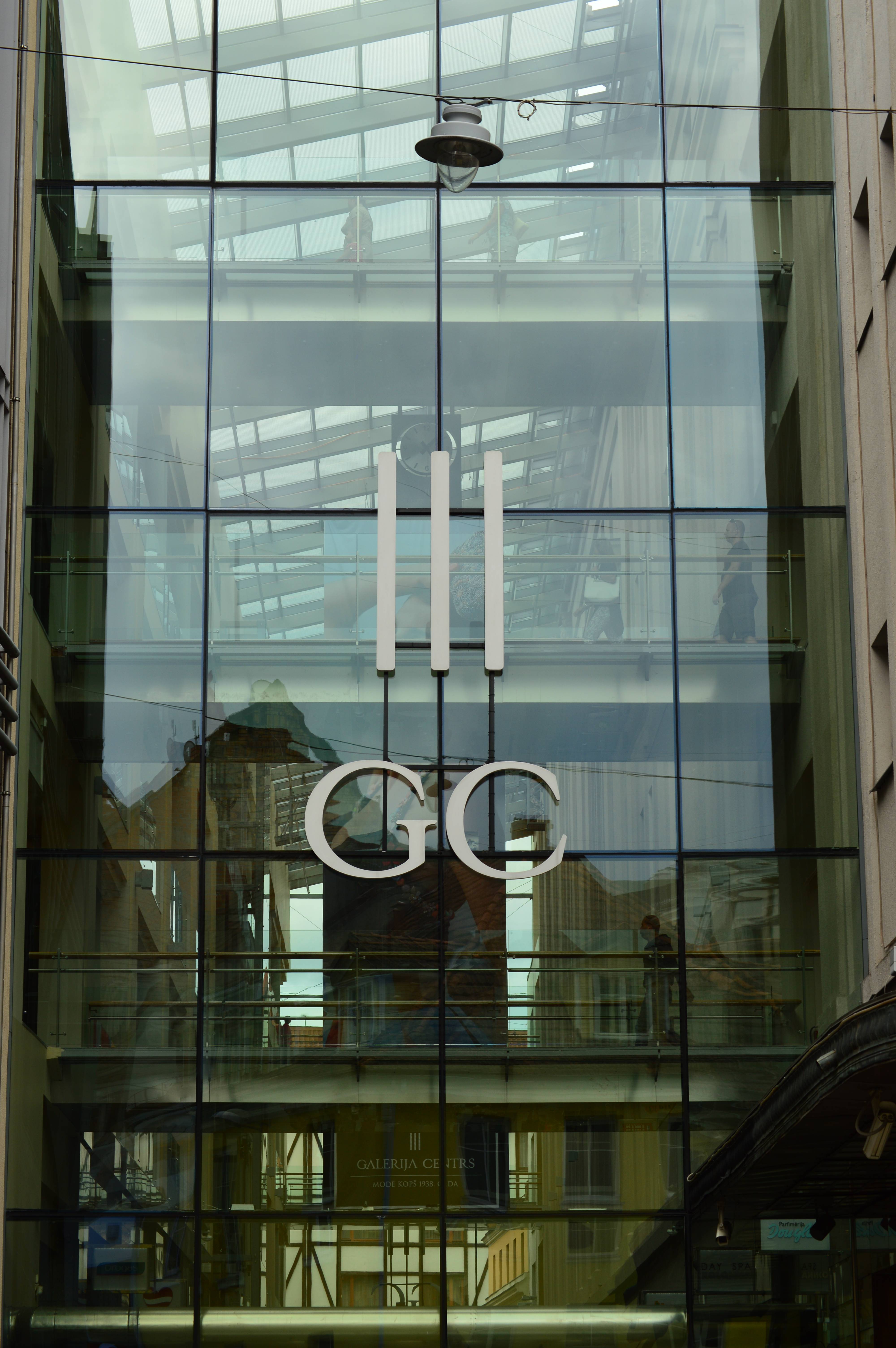 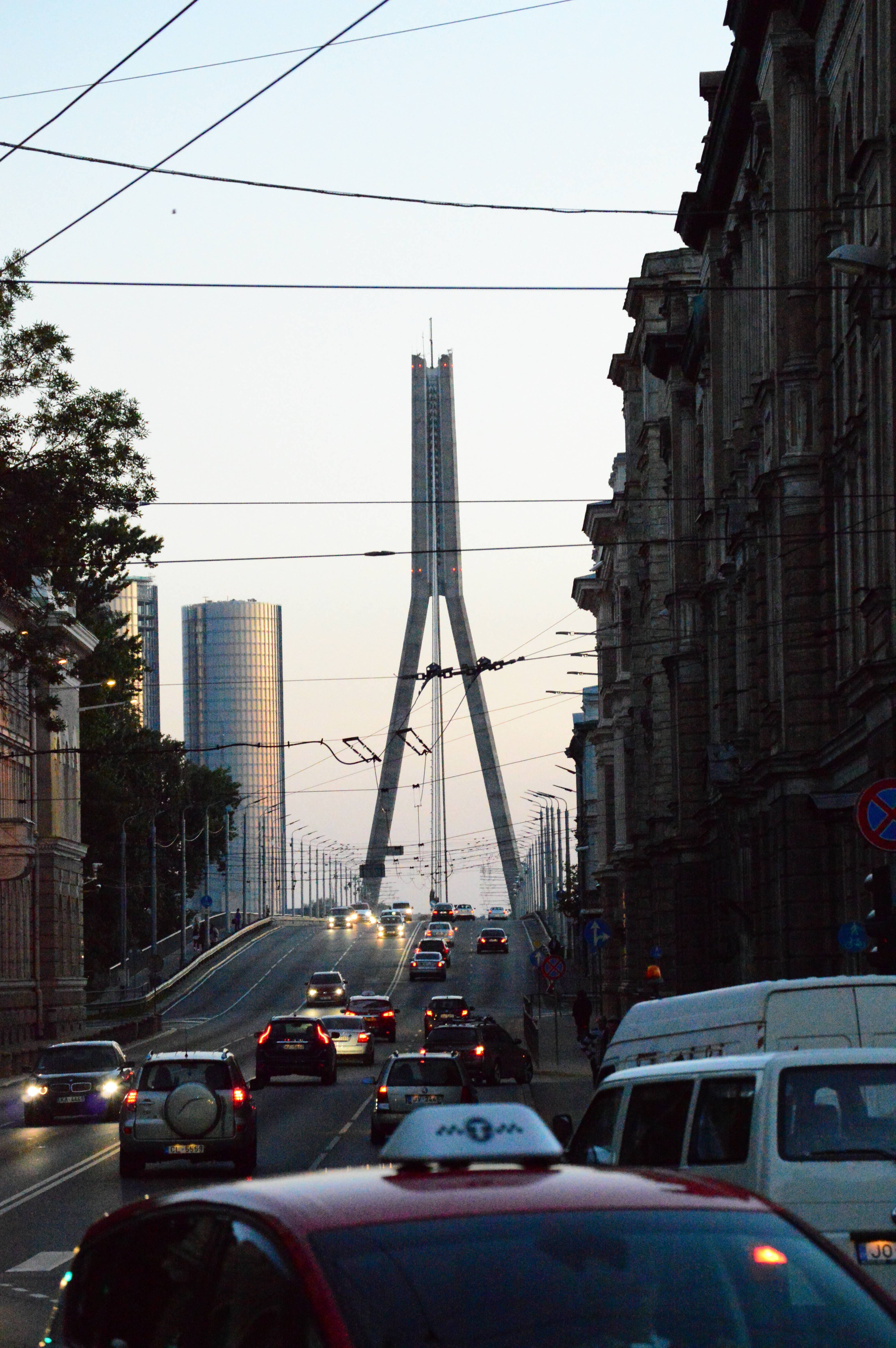 There's also a wonderful air of friendliness and humor in this city: 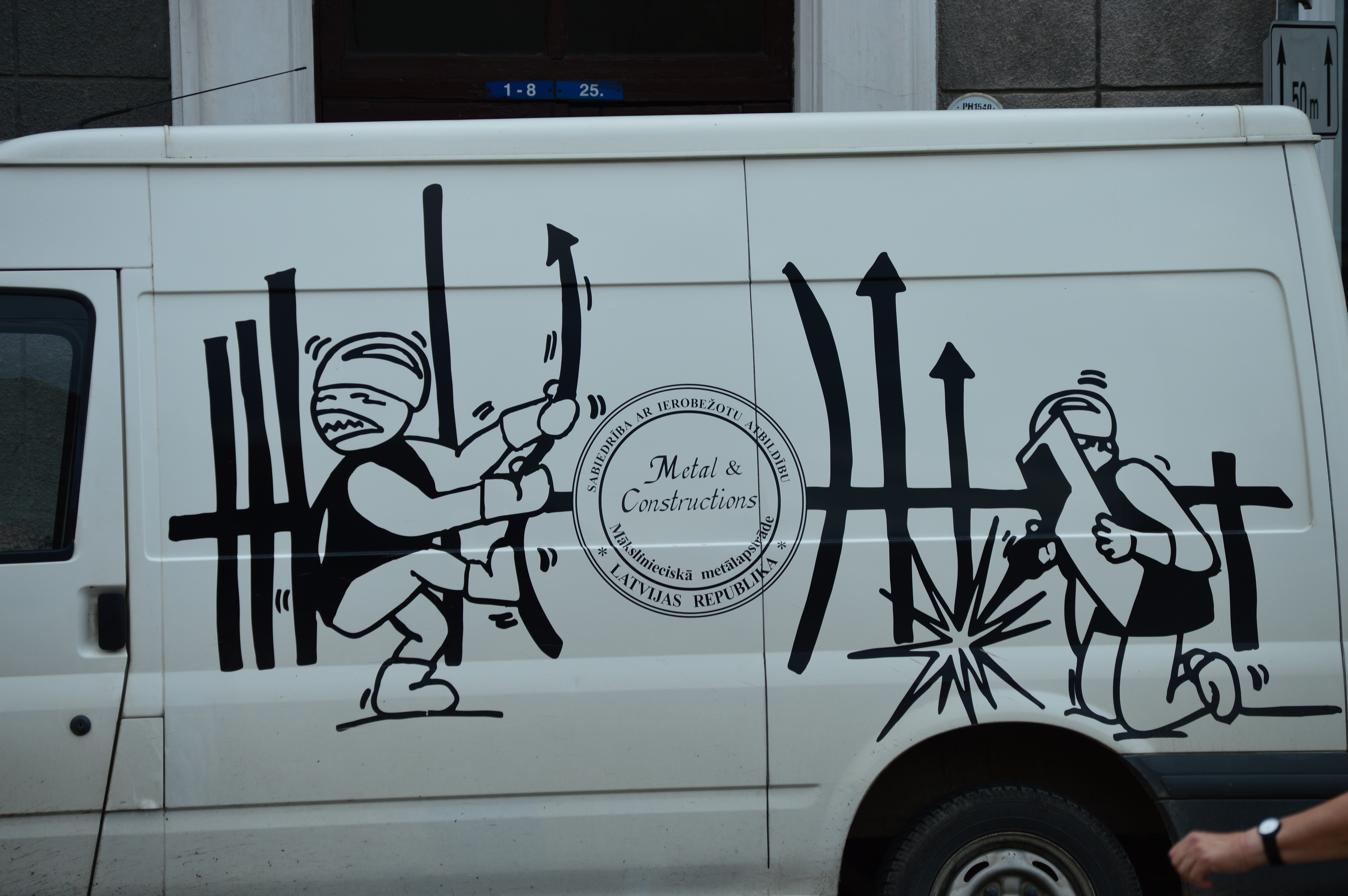 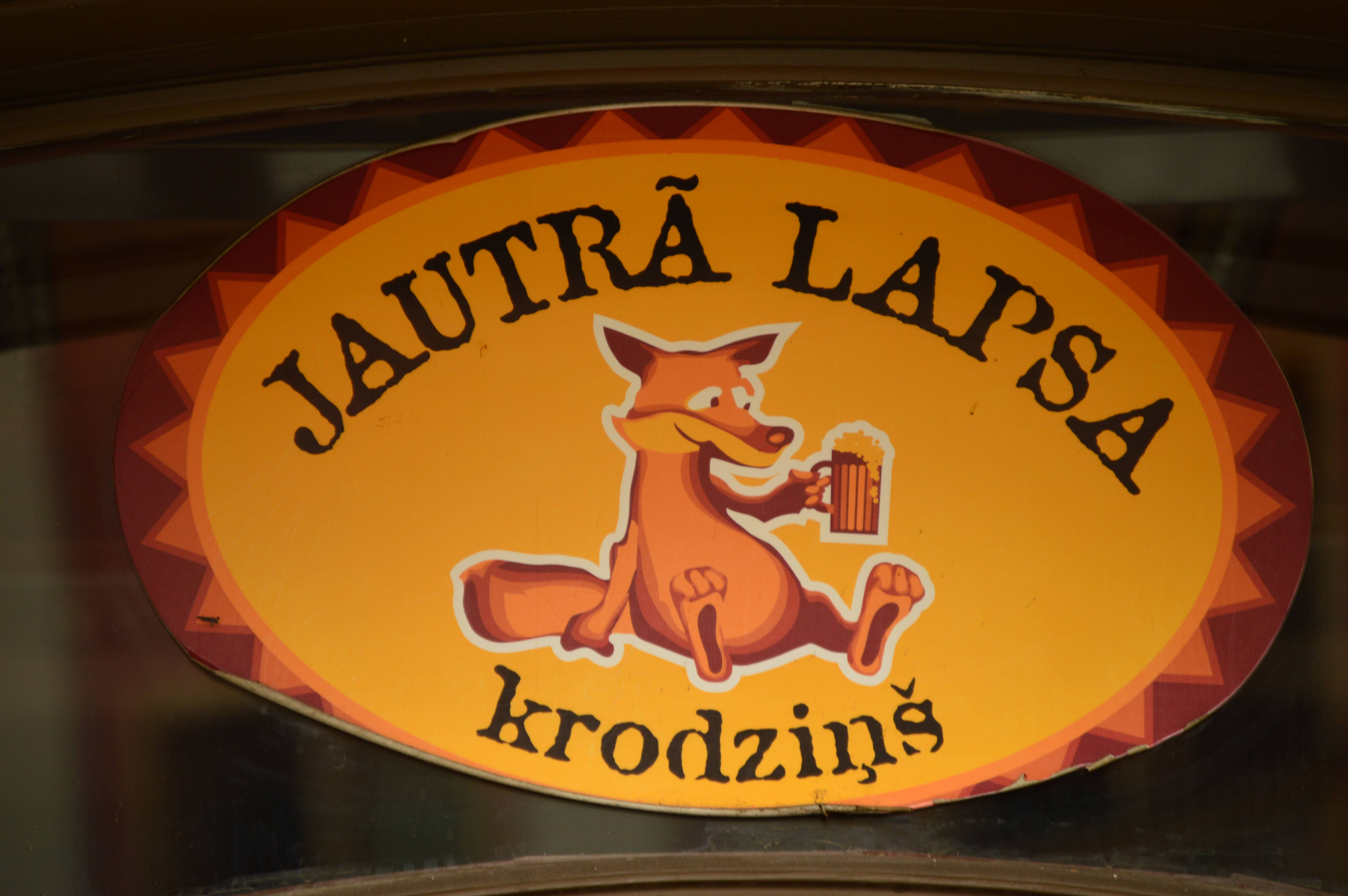 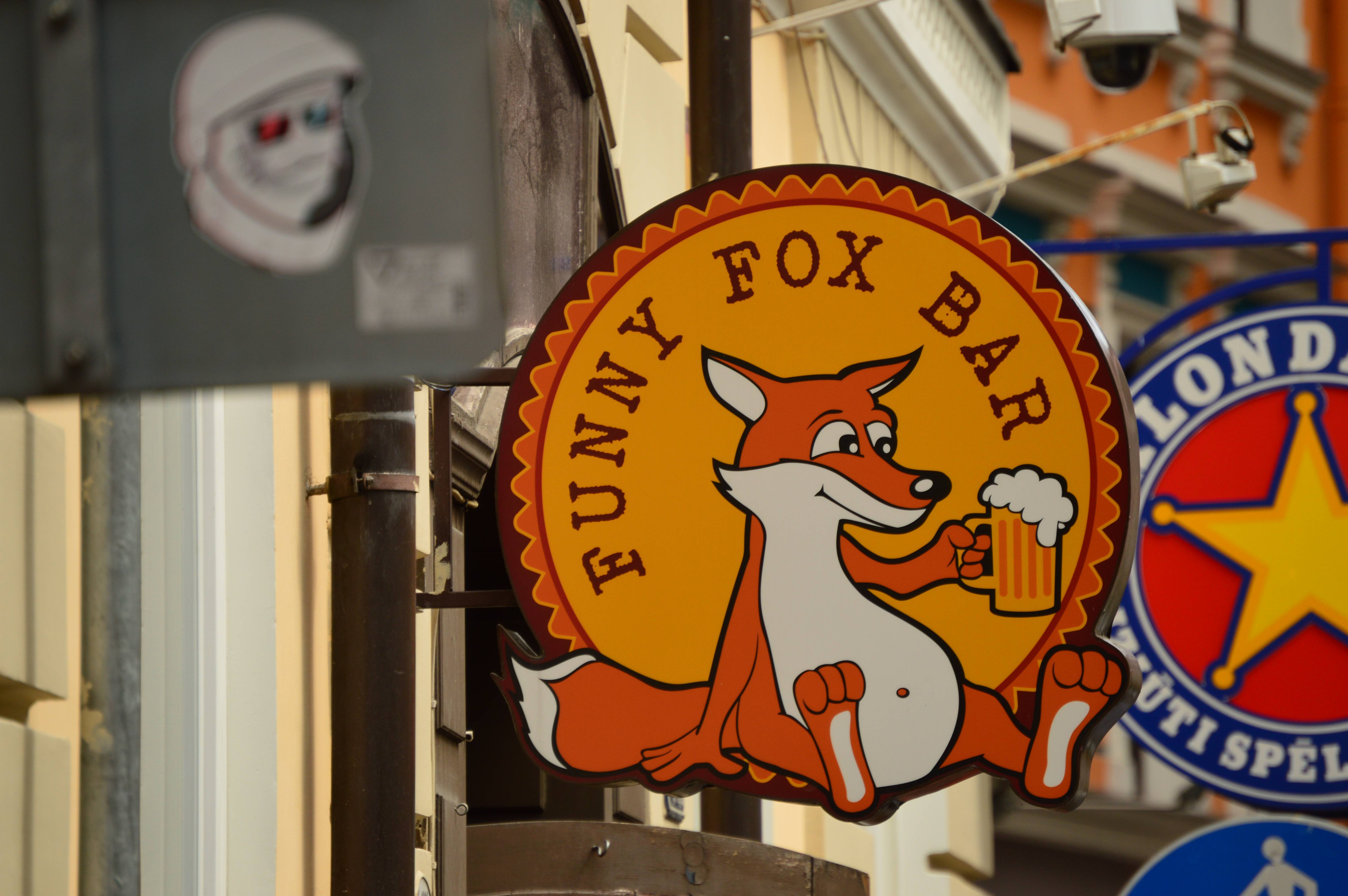 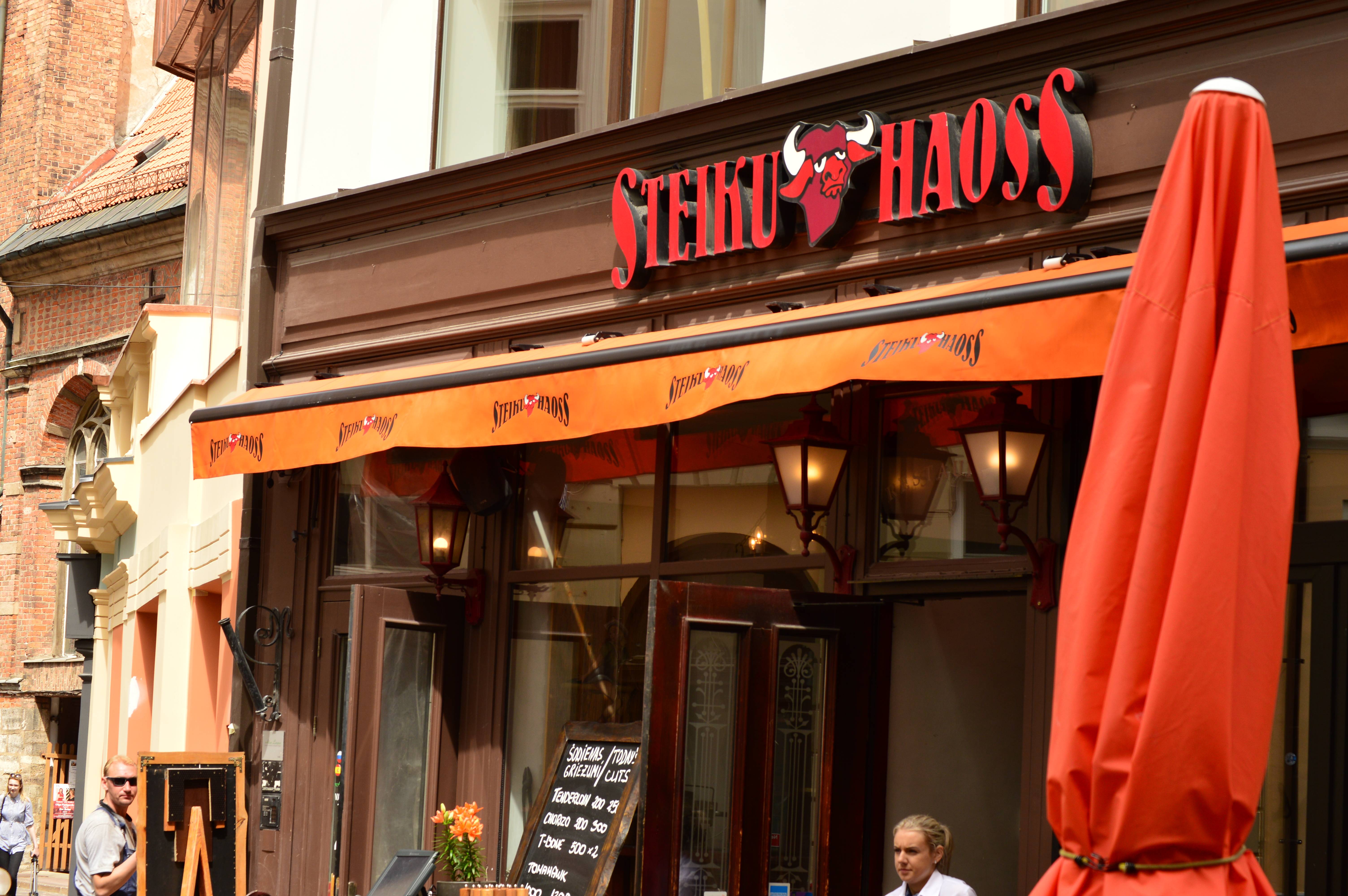 Oh, so that's what cultural appropriation feels like from the other side :V

The Freedom Monument. We visited it again towards the end of this day, and observed some sharply dressed guard, whom I grabbed a few shots of with my phone. 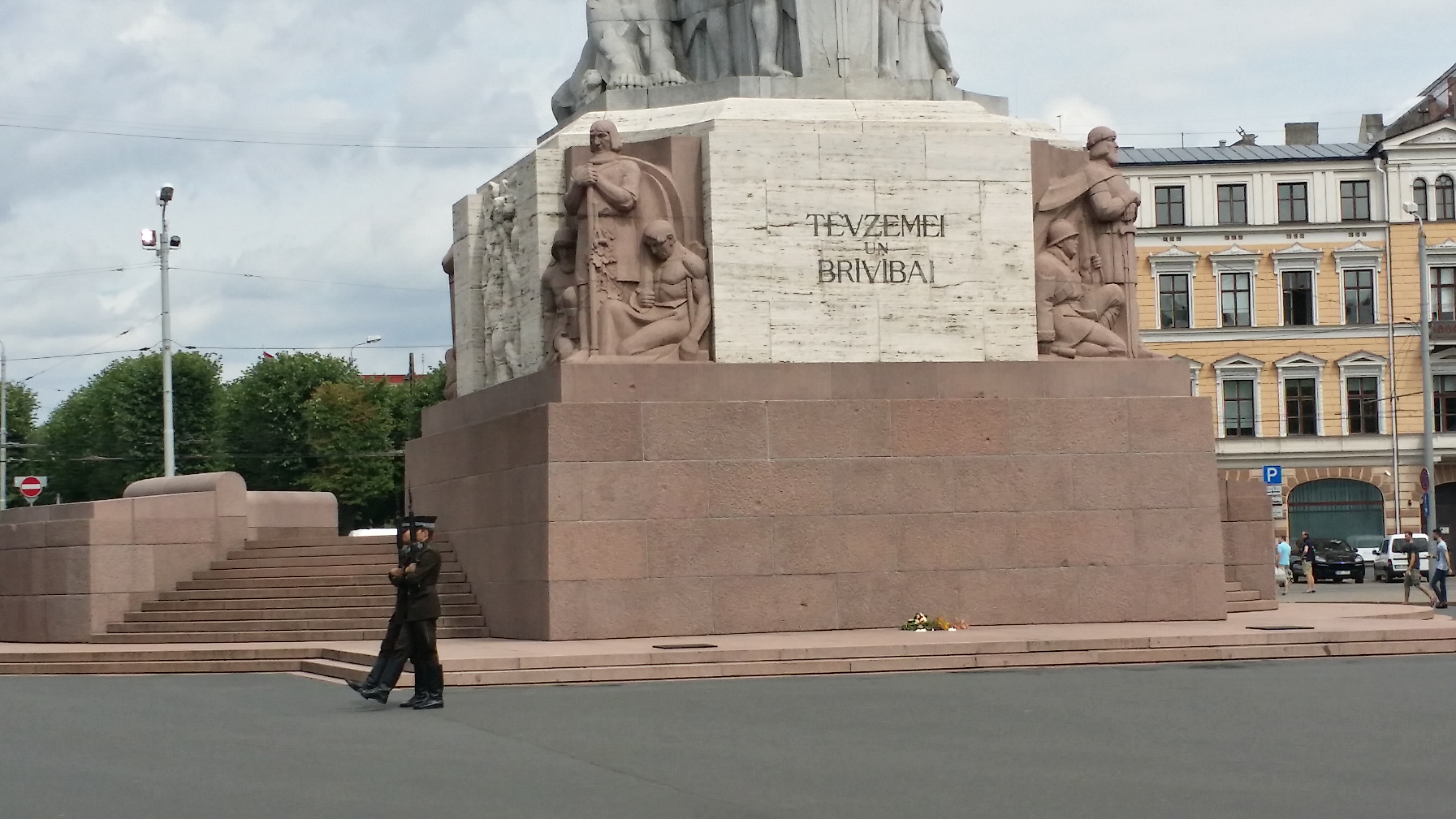 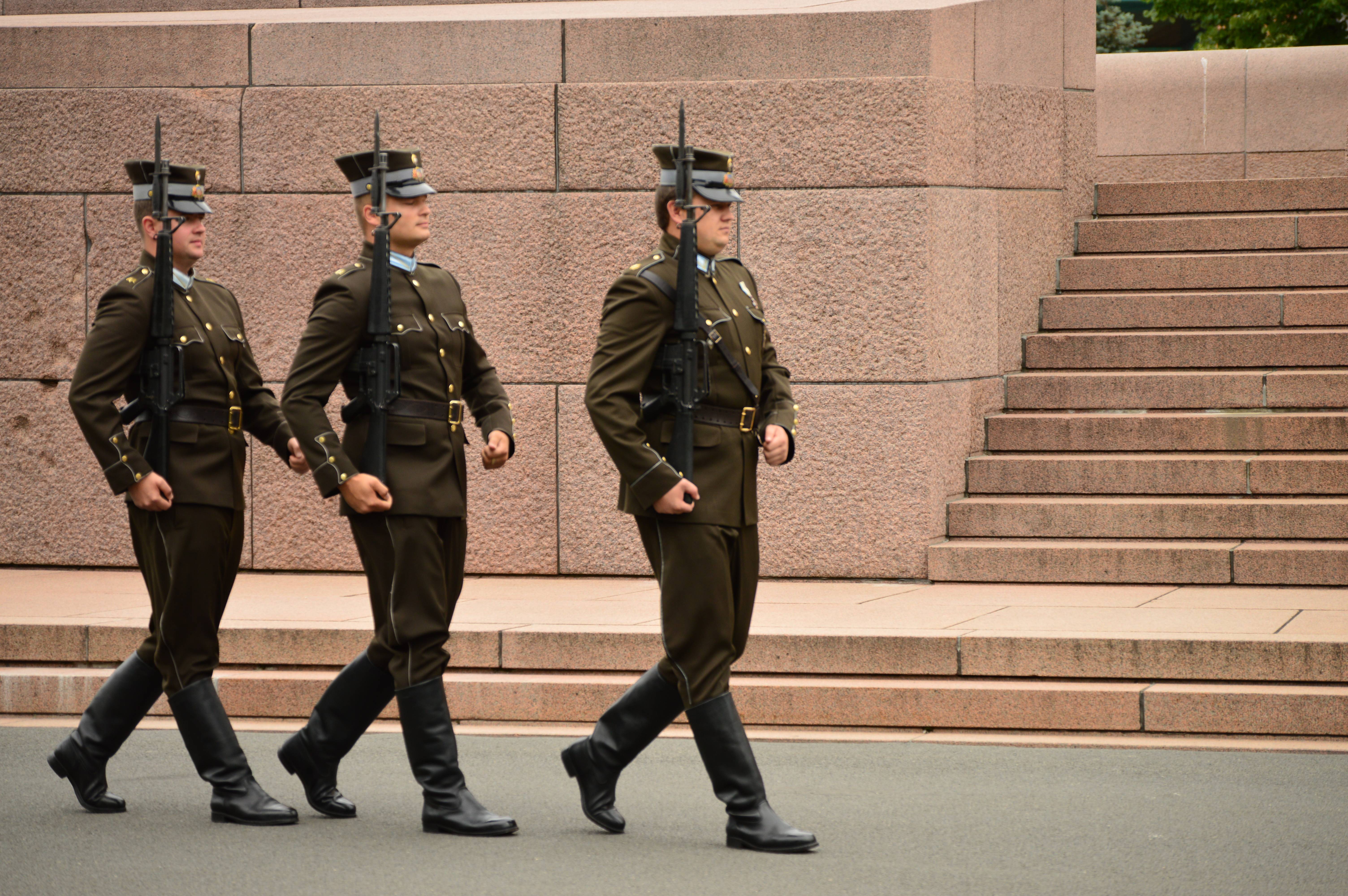 Though it wasn't until the next day with my Nikon that I was able to get some truly nice (and more comprehensive shots) of The Freedom Monument. 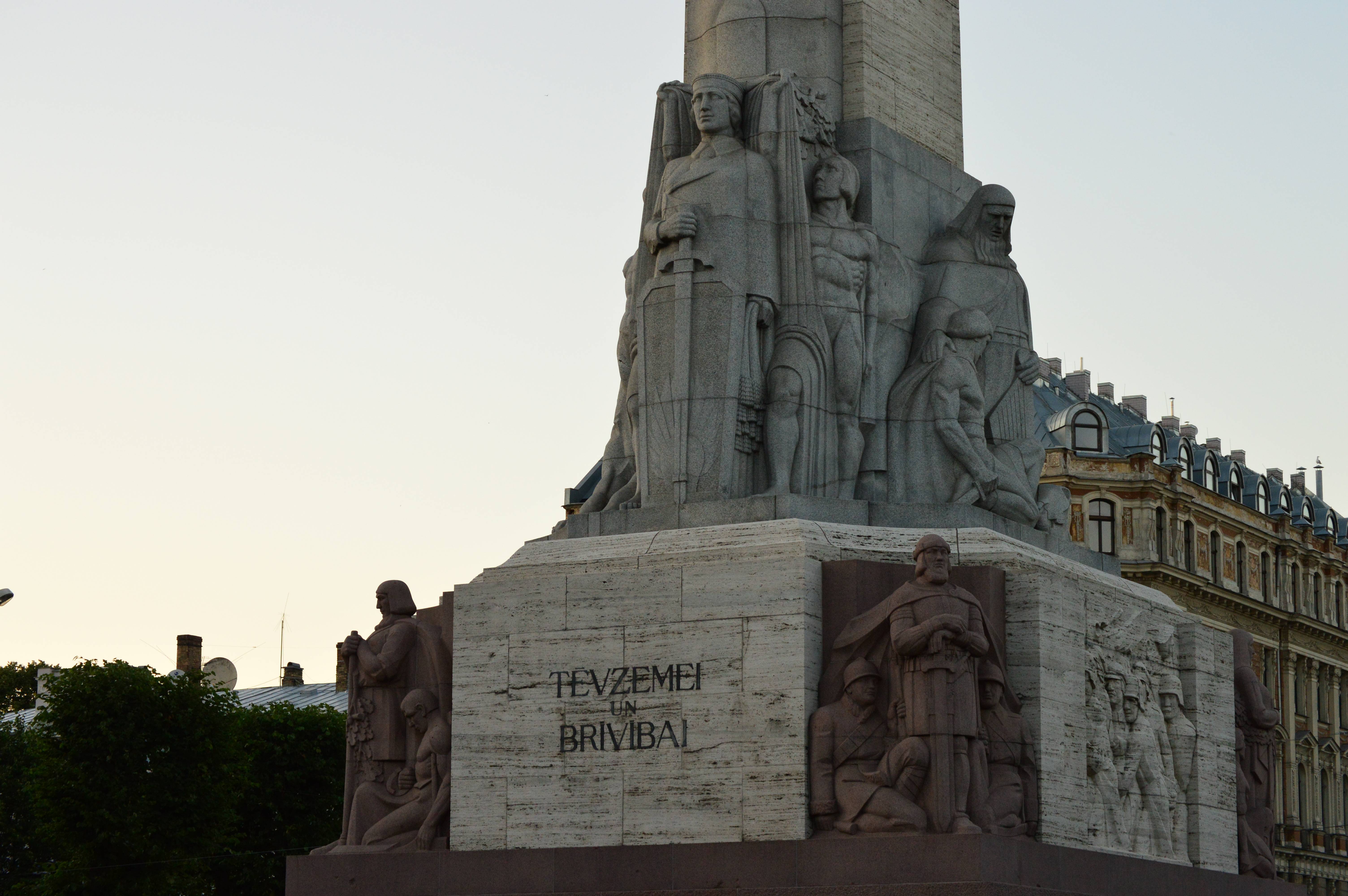 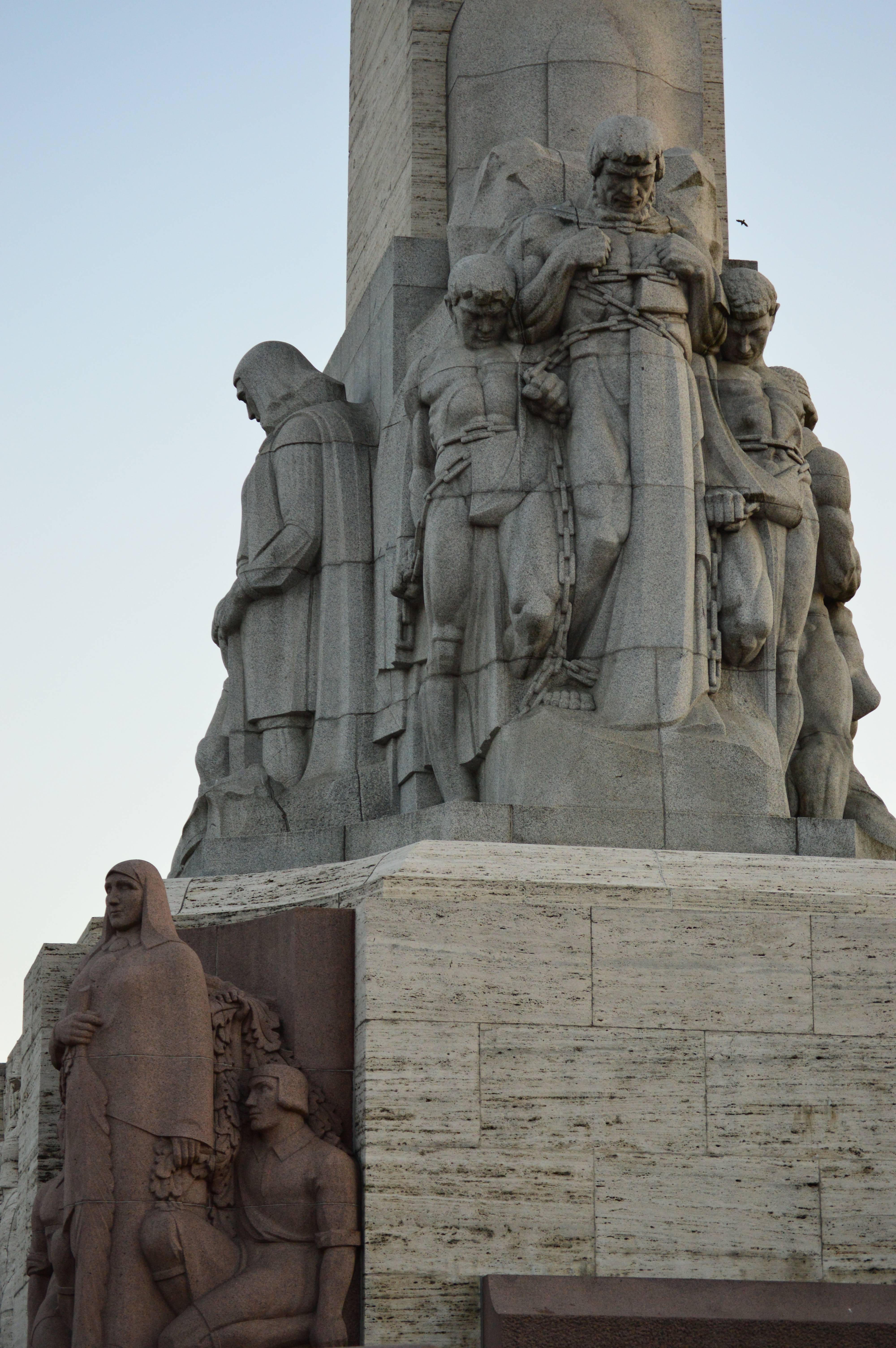 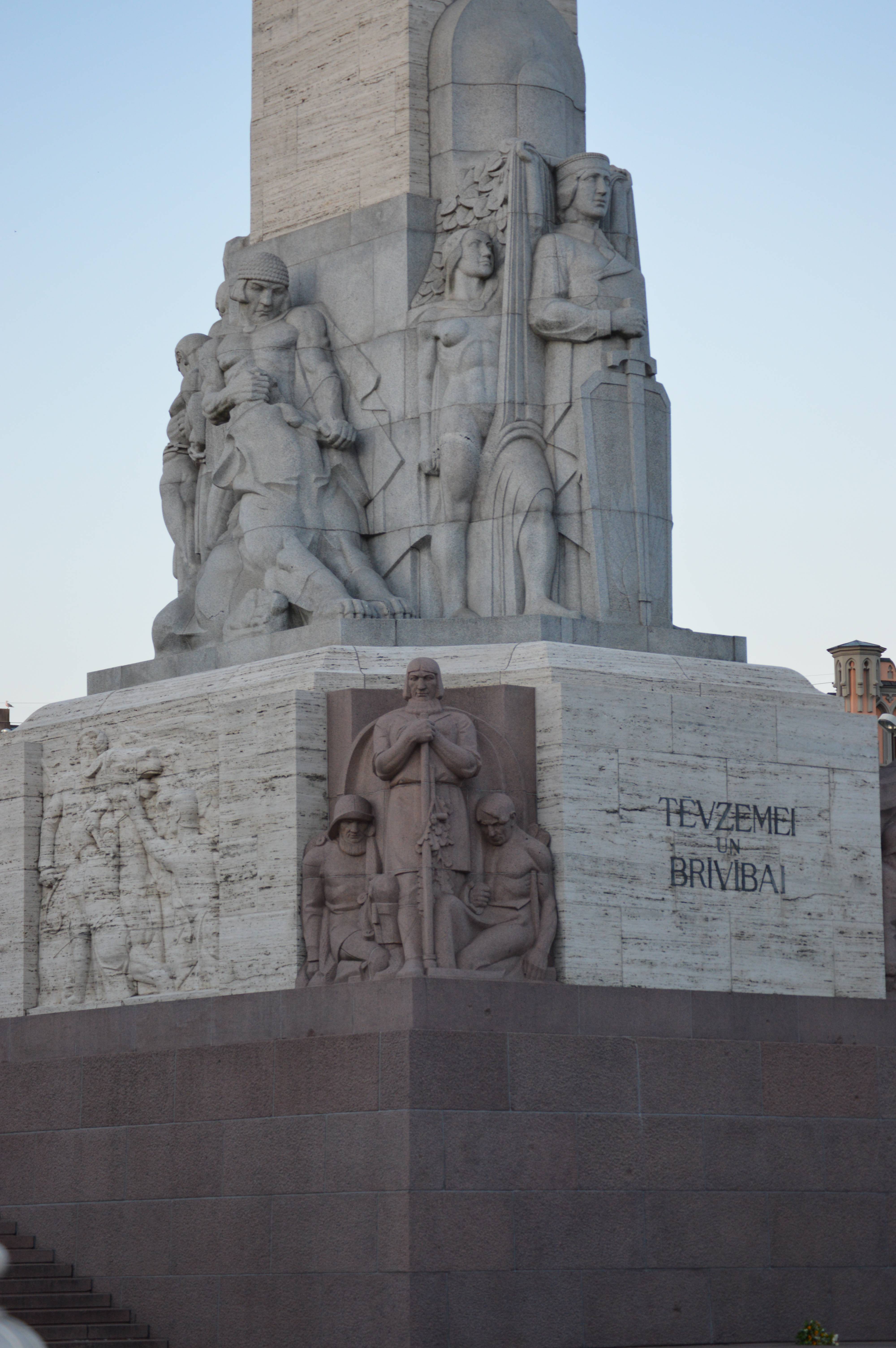 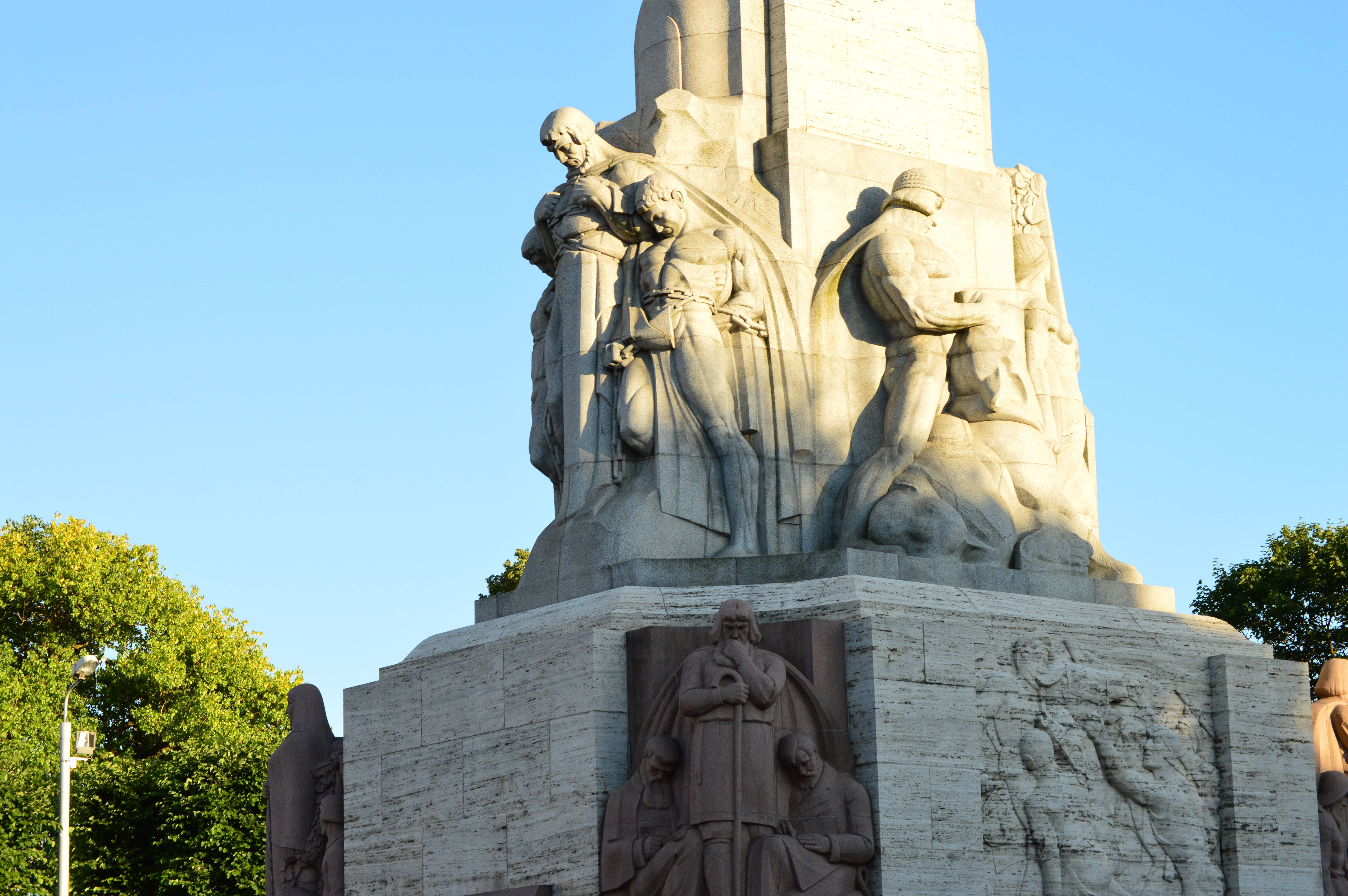 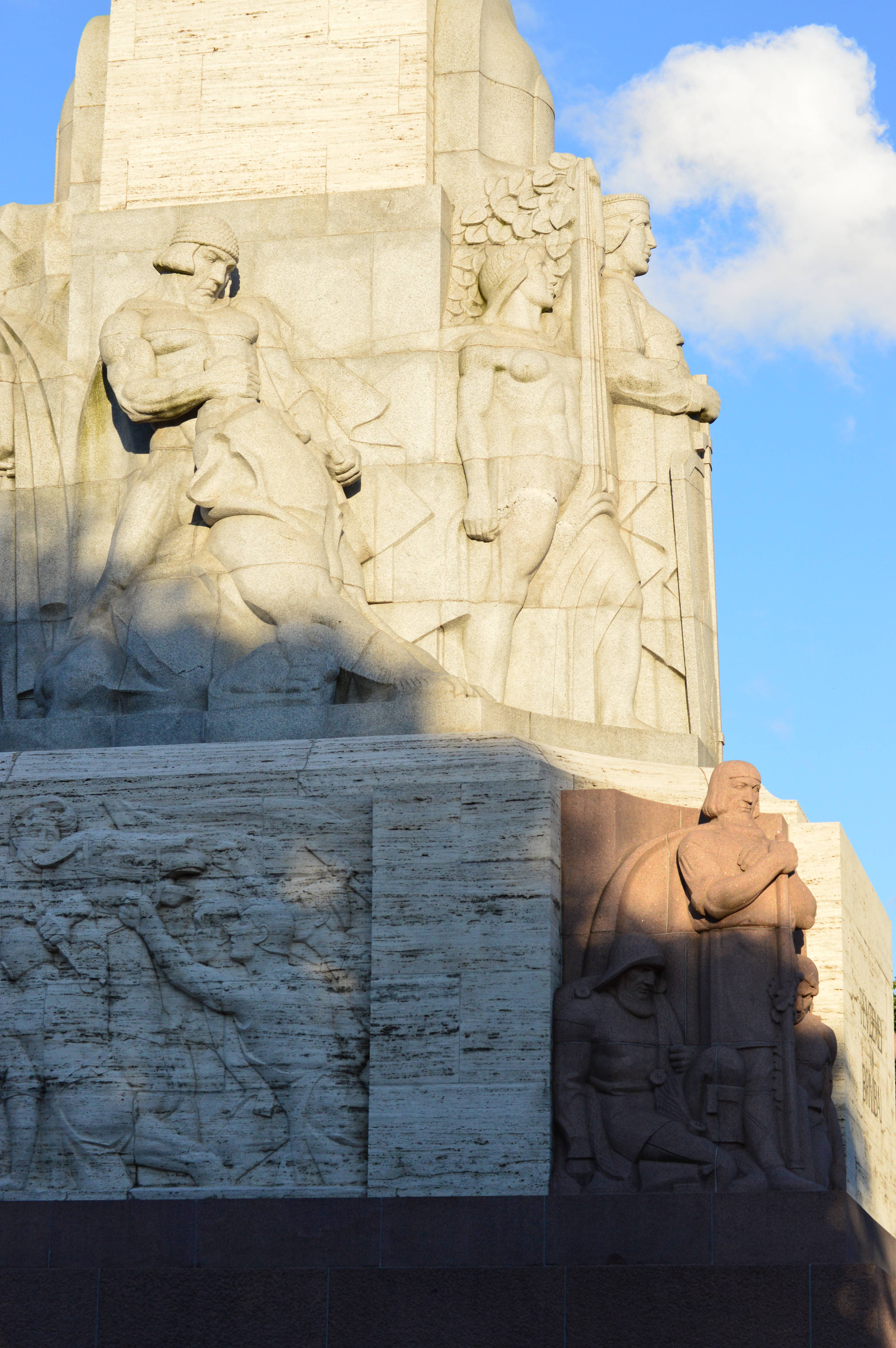 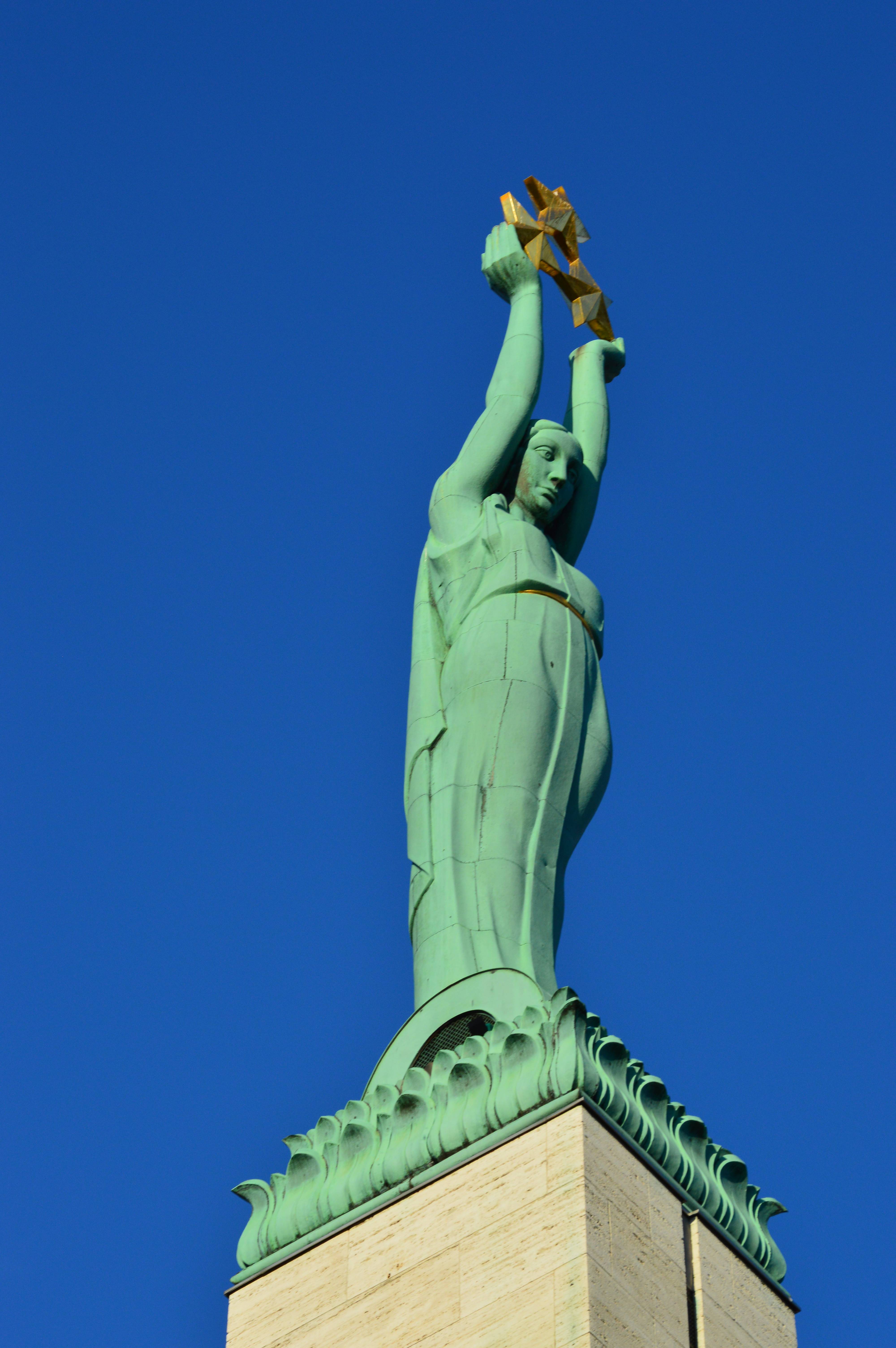 And finally, I have a lovely little History of Latvia session for you as well! This is taken verbatim from the Introduction (page 5) of Rīgas Jūgendstila Ēkas : Art Nouveau Buildings in Riga book by Jānis Krastiņš that I purchased from the Riga Art Nouveau. I have been well aware of the general and many specifics of this country, area, and people's history before coming on this vacation but this book's summary of Riga's history (and, in effect much of Latvia's history) is probably the most perfect summary of it that I've read and really sets it out in just the 2nd sentence alone:


The old Haseatic city if Riga was founded in 1201. Today it is Latvia's capital, but over the centuries it has been governed by the Germans, Poles, Swedes, and Russians. Riga's history of the Middle Ages is marked by civil strife between the Livonian Order and the city's residents. This strife came to a head towards the end of the 15th century. On several occasions in 1484 Riga's residents defeated the knights of the Livonian Order, but in 1491 the Order once again gained the upper hand. Following the Livonian wars of 1558 to 1582 and the collapse of the Livonian Order, Riga passed into the hands of Poland. In 1621 the Swedes took control of Riga. In 1656, Russian marauders led by Tsar Alexei Mikhailovich Romanov made their appearance in the outskirts of the city, but were driven away. During the Great Northern War of 1700-1721, Poles, Saxons, and Russians in turn laid siege to Riga until finally in 1710 the city was taken by Tsar Peter the Great. The Russian domination lasted for more than 200 years but it was the Germans who dominated Riga's economy until Latvia's declaration of independence on November 18, 1918. In September 1917 the German army entered Riga; in January 1919 the Bolsheviks took control of the city. In May of the same year the Bolsheviks were forced out by the Baltic German Home Guard and the German Iron Division; in July, the combined Latvian and Estonian forces freed Riga from the Germans. On November 11, the Latvians were able to withstand an attack by a German-supported anarchist army led by Pavel Bermondt-Avalov. In August 1920, Latvia signed a peace treated with the Soviet Union. [Doctor's Note: The Freedom Monument was built in 1935] According to the treaty, Russia renounced all claims to Latvia "voluntarily and for ever", but, nevertheless, occupied the country on June 17, 1940. In June 1941 the German army entered Latvia, followed by the Red Army in October 1944. This was the beginning of almost a half-century of Soviet occupation, which only ended with the renewal of Latvia's independence in 1990. 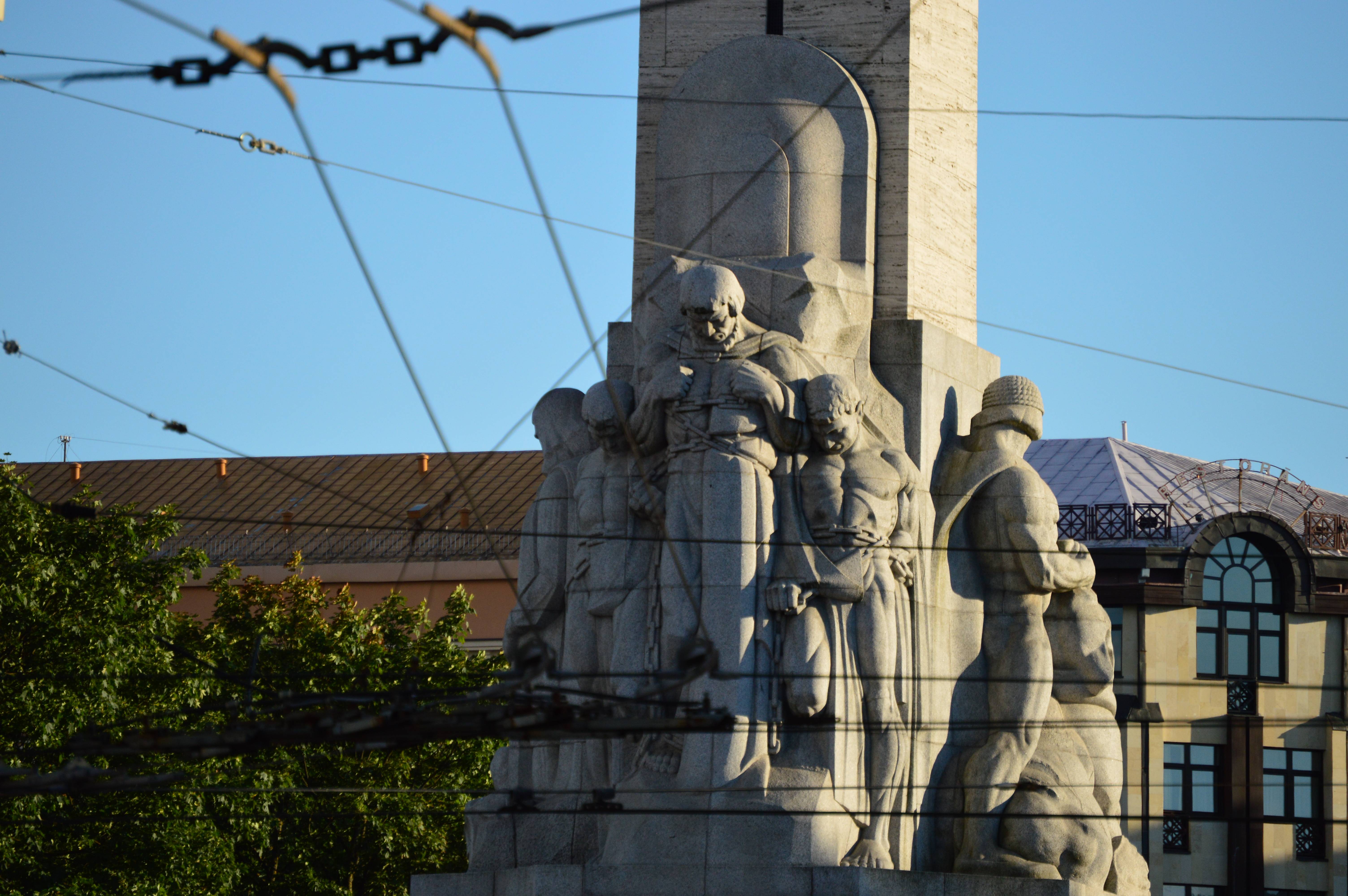